While spreadsheet work is a task an engineer would often dismiss, loathe, and try to pawn off onto an intern or manager, I’ve come to realize the opportunity we as an industry have missed.

A world on a web

The World Wide Web has been a part of most people’s lives for a couple of decades now. It has transformed society, and we take it for granted today. Before the web, communication wasn’t quite so pleasant. We had to visit our friends in person if we wanted to talk or play a game together. The events of a wild party stayed mostly in the minds of the participants, and couldn’t easily be shared with millions of people around the world. We didn’t even know that cats and cheeseburgers went so well together. 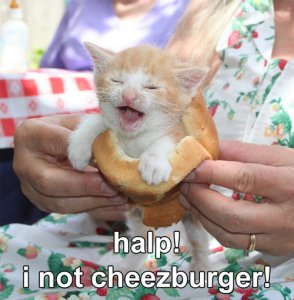 That’s not what I meant!

It was the dark ages, and frankly, we should be embarrassed to even talk about it.

Then a wonderful man named Sir Tim Berners-Lee created the Web. There were probably other people involved, but it doesn’t matter really. The point is, he did a pretty great job and we should all buy him a drink if he’s in town.

Let me briefly explain how the web works on a technical level, using a common analogy of computers as tactical submarines. Imagine you’re in a US submarine (your computer) and you want to get some cat pictures from the guy in the Russian submarine (a Russian server). You know where in the sub he is (a “URL”), and know that the only way to get to him is through an unsecured port (we call this a “HTTP port”) or a mostly-secured-but-sometimes-not port (“HTTPS port”).

You’d load a torpedo with a letter asking for cat pictures (these are “packets”) and fire it off through their port (“HTTP/HTTPS”) into the location of the guy with the pictures (“URL”). Being trained to handle this, the torpedo would be intercepted, a new one stuffed with cat pictures, and fired back at your submarine. 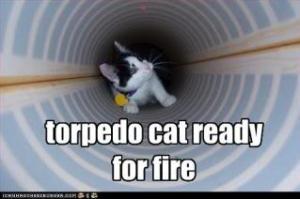 This is the primary use of the web. Not so much torpedoes.

That’s… basically how the web works.

Oh and there’s also HTML. This is the universal language of web pages. It comes with a family of other technologies, like CSS, JavaScript, VBScript, Dart, Silverlight, Flash, Adobe Flex, Java, ActiveX, and a myriad of innovative plugins.

Where was I? .. Oh yeah, spreadsheets.

We have built the world’s communication, social interaction, and repositories of cat pictures on top of the web, and therefore HTML (and co).

What I’ve realized over the past two days is that building it on top of HTML was a mistake. We should have built it on top of spreadsheets.

We could have had this!

Spreadsheets have been around a long time, and unlike HTML/CSS/JavaScript, people just naturally understand them. They’re simple, intuitive, and fun!

In the dark times before tab-based browsing, a time when browser manufacturers thought window management should most resemble the winning animation of Solitaire, Spreadsheets had multiple tabs. The right technology coud have put us years ahead of where we are now.

It took a long time for the world to realize JavaScript could be used for more than scrolling status bar updates and trailing mouse cursors; it could be used to write useful things, like Facebook and Twitter! All the while, spreadsheet power users were writing complicated macros to do anything they could ever want. I mean, look at this guy who wrote a freaking RPG in Excel!

Look at those graphics. Look at them.

Spreadsheets are inherently social. You can save them, edit them, pass them out to your friends. You can’t do that with your Facebook wall. Ever try to save or edit someone else’s webpage? Yeah, I bet that worked out great for you.

Developers, how many different third-party APIs are you dealing with in order to generate some meaningful statistics and reports for your app/startup? How much money are you paying to generate those reports? How much code did you have to write to tie any of this together? In the spreadsheet world, you’d just stick some pivot tables and graphs on the page and call it a day, spend some time with your family.

None of this nonsense with disagreements between slow-moving standards bodies that keep going back-and-forth on everything. Instead, I think we’d all feel comforted knowing we could leave this all in the hands of Microsoft.

What can you do…

I know, I know. It seems so obvious in retrospect. I guess all I can say on their behalf is that the web was once a new, experimental project, and such things are rarely perfect. Even my projects have some flaws.

Sir Tim, call me. We’ll get this right next time.